Record set straight after many years

Martin Jim, Jr. was a Prairie Band Potawatomi tribal member who died in Vietnam during the early part of 1971 and by anybody’s calculations that was a long time ago. For the longest time the people here never knew about any of the circumstances of his death then some unusual circumstances happened in 1998 when a man named Jim Jenkins came for a visit to the reservation and in 2009 another man who served with Martin contacted me in 2009. Here is an update to the Martin Jim, Jr. story:

The war was starting to wind down in 1971, but not soon enough. Martin Jim was a quiet young man who respected the many elders on the reservation, respected the religion of the people and enjoyed life with the friends he had around him.

No one knows why he wanted to join the army, but one day he announced to his friends he was leaving and did. He joined the Army, took the training and came home on a short leave to visit his friends before leaving for Vietnam. During this leave, he said he wasn't coming back.

His friends tried to reassure him that everything was going to be alright, but he left the reservation on that January day in 1971, convinced he would never see his friends and home again. And it happened that way.

After eight days in Vietnam he was killed by a booby trap. Many years later, a man from Missouri came to the reservation and told of the circumstances of Martin Jim's death. Jim Jenkins served in the same unit. He said Martin was sent out on point, and Jenkins said this usually didn't happen with new soldiers. And there were booby traps set by the Americans, and Martin walked into one of these. Jim Jenkins was walking three men back, and the bomb killed Martin Jim and badly wounded the man in front of him. These same circumstances happened to another unit close by. It was a deadly accident of war, but that was little consolation to his friends and family. 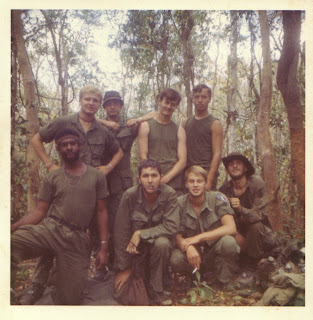 In 2009, 38 years after Martin Jim died in Vietnam, a man named Don Lovell made contact with me and said: “Martin and I were good Army friends. We went through Infantry training and Airborne training together. We were both assigned to the 173d Airborne Brigade and flew to Vietnam on the same plane. I understand that several of the 173d have come to visit with you and family over the years. I just wanted you and Martin's family to know that I thought the world of Martin. He was a good friend and a great soldier. I was devastated when I heard the news of his death. Martin was a very brave man. I still think of him nearly every day. Please tell the family that I still miss Martin and that I still share in their grief.”

Lowell continued “Martin was truly an Airborne Infantry Soldier! I knew that Martin was a special warrior when I first met him. Martin had no fear. Martin was willing to do what he believed was right and honorable, with no concern or respect for his own well being. Vietnam was a tough place. Those of us that survived were very fortunate and we never forgot and never will forget those who willingly paid the ultimate sacrifice for the freedom we enjoy in this Nation. There is a quote that I once heard. I don't know the author. However, it says "For those who have fought for it, Freedom has a taste the protected will never know".”

An anonymous author once wrote that people will always live if you remember them, and his friends, never did forget Martin Jim. One man thought so much of him that he named his daughter after him. Her name is Martie Mitchell. Martin Jim was the second Potawatomi killed in Vietnam. Ironically, the first one was his cousin. Victor Hale had died in December 1968.

Life does have some strange twists as evidenced by Jim Jenkins and Don Lovell walking into the lives of the Potawatomi many years after the death of Martin Jim. They helped set the record straight for Martin Jim's family and friends and answered many questions.
Posted by GM at 1:09 PM 1 comment: 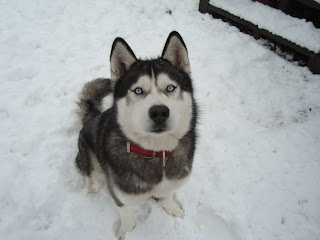 Let me tell you a story about a dog named Coda. He moved in a few months back. My granddaughter Tara bought him as a pup. He will be one year old in November. Coda ain't no little dog, he is a Siberian Husky. She couldn't handle him in a apartment as he start getting bigger, then she ran off and got married and moved to California. She said "Misho, can Coda live with you." I told her, "so you want me to raise him as my own." Of course, I always gave Tara her way and said he could move into my backyard.

Since then my wife has gotten real attached to him. She talks to him like a little kid and makes sure he has all the good snacks. Lately I've been taking him to our park, about a mile and a half away. We've walked 28 days out of the last 31. It's good for him and good for me. One time, these two women drove thru and seen us and said, "pretty." I'm sure they were talking about Coda.

Other times, he will chase the buffalo and the cows, but I just need to be more observant. I feel much better and the stress levels have gone down, but the funny thing is that I haven't lost an pound. Oh well it's still good. Oh, I have developed a real attachment to him too.
Posted by GM at 5:59 AM No comments:

I started a facebook but I thought it was too limiting to what I wanted to write so I will try this blog format. I have my writings everywhere and I wanted to start jotting it down in one place. My family and I live on the Prairie Band of Potawatomi Indian Reservation. We enjoy our life here and wouldn't trade it for anywhere else. I go to work everyday and in the summer months often work in the yard and garden until dark. It's fun for me. My wife and I have our children living close which means our granchildren are with us constantly and we wouldn't have it any other way. In a few years I want to retire but I will probably work until I keel over. That's a kinda-have-to thing these days. We used to go watch basketball during the winter but my granddaughter graduated and played at the junior college level, but she married and we stopped going to games. It was great though. Now that it's getting toward winter I will work on my wood-working projects. I built a bench and a couple of bird-houses and will do more as time allows.
Posted by GM at 1:07 PM No comments: