Welcome to Kansas, the 3rd Rock from the Sun! 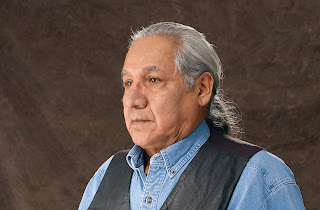 It’s old hat around here:  Our Kansas Jayhawks will be traveling to the Big Easy for another Final Four.  Yesterday they smoked Roy Williams roster of McDonalds All-Americans, mostly through sheer determination, mixing up a tough, tough defense with some timely shooting.  The score was KU 80 North Carolina 67, with KU scoring the last 12 points.  The future lottery picks of Carolina couldn't buy a bucket, but isn't that what memories are all about?

It was a masterful job of coaching when Self switched to a triangle and two defense, which means two players played man to man and the other three played a zone. John Henson, one of their future pro’s said “they switched it up on us and we couldn’t figure it out.”  Prior to the game, all the scouting reports/ news analysis said KU's defense would bring the mighty Tarheels down. They were right, plus there was another factor:  you could see the determination in the KU players faces,  and  this will help but talent can take you the rest of the way.  The score was 47-47 which reminded me of the score in the 1988 championship game.  In that game, KU didn’t have the talent level of OU, but ran up and down the court with them with the half ending tied 50-50.  Larry Brown also did a masterful coaching job.  In the second half, he slowed it down and OU didn’t know how to act and KU ended up National Champions.  KU also had a young guy named Danny Manning playing for them, who now in his spare time shows the KU players the moves and footwork necessary to excel.  He is one top-notch coach.

In the second half, the score was 58-53 at the 14:12 mark and at the 4:19 mark it was 68-66 and the bottom fell out for North Carolina after that.  At one point, Tyshawn Taylor shot an ill-advised 3 point attempt and it missed horribly.  This reporter described Self as having a look on his face that was like seeing his dog run into traffic.  I, too, was screaming and cussing at that one, but KU overcame and for once things went their way.  We made it to the Final Four when nobody expected it.  I remember the disappointment in the past when they failed to reach that level so this makes up for those short-comings.
KU will play Ohio State in the opening round.  Ohio State cried around earlier in the year when KU beat them, they said Jared Sullinger was hurt and he would have made a difference, so now we will see who is the big dog on this basketball block:  Sullinger or Thomas Robinson, who at times is a legend among mere mortals.  Kentucky lays in wait on the other side of the bracket and the experts say only a pro team can beat Kentucky, but they may have their collective hands full with Louisville.
It was a helluva ride this year, one helluva rebuilding year. I'm sure glad I stayed on the bandwagon. I sat in my chair watching every game cussing when they messed up and watched them grow as a team. A great experience!  The guy in the picture is Ralph Tecumseh, who recently lost a battle with cancer, and he along with Maynard Potts were two stand-up KU fans.  They were watching!
Posted by GM at 12:13 PM No comments: