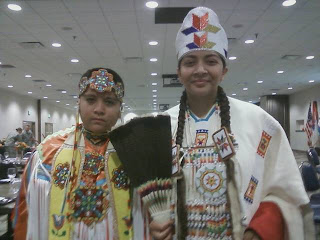 I had some busy weekends in November. I replaced part of my fence in the backyard. I put up the old fence back in the 1980s and the main reason was that I wanted to put in some trees and plants, but also to have some privacy. Before I did that, the local dogs would dig up the new plants, so I had to take drastic measures. The fence over the years started to sag, which was the result of not doing it right the first time. When I put in the posts in concrete, I didn’t let it set for four or five days, so it sagged. This time I did it right! Putting in the fence and a new flower bed took me and Mike, a guy who lives south of me, a couple of weekends to get done. I wanted to cut my big garden down, so I hauled the dirt from my garden in a bobcat and put it over the top of the fence and after that we wheel-barreled it into the flower bed. I had to put a small fence in to keep my dog Koda out of the bed. Moving dirt put the hurt on these old bones, but now it’s ready for Spring planting. I intend to plant some of my garden stuff closer to my house and water. It will be easier for me to maintain a few garden areas instead of one huge one. A big garden is very time-consuming and between that and mowing my big yard left me little free time to do other things. Now with this plan in hand, maybe I will end my strike against the Royals. I’ve went to one game since the 1994 baseball strike. I’m a little more interested since they have a solid bunch of young players, so I may go watch one game anyway.


I’m a garage sale freak. I sometimes go and look and never buy anything. My daughter tells me why don’t you buy something? I respond that it’s the hunt that counts and in that context I have made some good buys. One time I bought a door with three windows in it, an old-time design, for $5.00 and I replaced the front door of my work-shop with it, put some paint on it and it looks like it belongs. A few weeks back I bought a 36x66 window for $10.00 at another garage sale. It was cold outside which made it difficult to do my outside work, so I decided to put in the window in the back of my work-shop, but I had to replace some 2x6s and built up the area for my new used window. It took me a few hours but I did get the window in and the trim work done and new paneling. (I used paneling to hang my pictures on because when I get older, I will sit in my daughters discarded barber chair and look at my pictures and souvenirs from my travel on my walls and remember what once was). I finished it up with some high dollar paint I bought for $5.00 at another garage sale. Damn, see how far an old Indian guy will go to justify a garage sale purchase. I enjoy that kind of work, but I ain’t no carpenter either. I do it for the fun of it and my back is telling me to slow down on projects for a while.

On another note, my nephew said: “Can't help but feel sad for our reservation. It has so much potential to look and feel great but it's antagonized by hooligans and citizens who just dont care anymore. When i drive around i see graffiti on bridges, playgrounds, and signs. That is if the signs still there and not filled with bullets. Feels bad man...” Yup, nephew this place has changed a bunch over the recent years. It’s an indictment on all of us who live here for not taking care of what we are lucky to have. I paid for my home and took care of my place for all these years and when you have a stake in something you take care of it, but everybody don’t feel that way, but there is no personal satisfaction either.
Posted by GM at 2:16 PM No comments:

So many countless birds died so we could fill our bellies on turkey-day yesterday but that's the way it's suppose to be, I suppose. My family and I went to the big city, ate at this place that was open, it was good. We ate and left. No dishes, no ritual with all-night cooking and no worn out grandma. Once done there, we were able to retire to the easy chair and nap, dreaming good dreams when we owned all of this country, hunted and fished where we wanted. Back then we didn’t have to have a permit to do those things, of course. The only worry we had was finding food to live on and to fight off those other tribes trying to infringe on our territory. Then somebody fed a group of Pilgrims some turkey and our lives changed forever. But once the dream was over, we have to move on from that nightmare, kinda like our other birds in Kansas.


The Jayhawks are in rebuilding mode and trying to find where they stand in the big picture called the NCAA . The other night they gave those preppies from Duke all they wanted and if it wasn’t for that scrub off the bench who despite having his eyes shut made a three pointer to seal KU’s loss in the Maui Invitational. KU lacks bench strength, which will hurt them, but the big-time is right around the corner with a top-of-the line 2012 recruits coming in and the depth problem will go way. T-Rod might stick around for another year since prospects don’t look good in the strike-infested NBA. Those twins should have stayed for another year, now they got to play on the Philly play-grounds or in Barcelona, Spain. To be blunt, there are high expectations from the KU Jayhawks, this isn’t politics where it’s just the opposite. 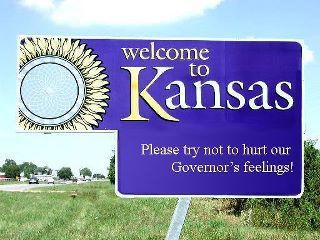 Speaking of politics, I must mention that political expression could be extinct in Kansas soon. Ol’ Richard Nixon would have been proud of what happened here last week. Staff members of our Governor, not having anything better to do monitor social media for postings containing his name. They discovered some remarks about the Governor from an 18-year old high school girl visiting Topeka from Kansas City on her tweeter account. The staff members notified the school she came from immediately. Her school principal scolded the poor girl for an hour in his office. He told her to apologize to the Governor and even told her the points she needed to hit upon in her letter. The girl’s family was rightfully shocked over this whole incident. Yet, the Phelps gang can squat on 10th and Gage every week and put up their hateful signs and picket military funerals. Oh yeah, those people are a bunch of lawyers and know how to exploit the legal system to get their message out, but this poor girl can’t tweet tweet. I bet she won’t be visiting Topeka anytime soon. So much for free expression in Kansas and we know that couldn’t happen on our Indian reservations.

Also I’m glad I didn’t go to Los Angeles to do any Black Friday shopping at Walmart. There was a woman using pepper spray to keep the rest of the customers away from some electronic stuff she wanted to buy. Wow, that puts a whole new perspective on shopping. I hope she wasn't a tribal member!
Posted by GM at 12:35 PM No comments: 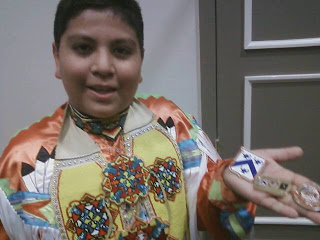 I went to a meeting in Oklahoma the other day and once it was over, I  blazed it back to see my grandson Pat ko shuk give his first public invocation at an event in Fort Leavenworth. He is 11 years old and said the prayer in our language. His prayer is something we have worked on for a good while now and he says it every day.  I taught him some pretty tough words and it must be true that young people pick up the words better because he did.  He said these are hard words but we hung in there and he picked them up.  Using Indian words daily seems to be part of the answer.  They asked me to go to the podium to translate what he said, but I first had to tell how each of us Indians have a role to play, some sing, some dance and some do the praying so it is a matter of working together.  Rest assured, one person can't do all of that.

The officer in charge gave him three medals for doing the invocation. My wife was worried that he would get stage-fright, but I knew he could do it.  It really is unheard of to have a young man of his age give an invocation.  When the program was completed, the officer called him up there and gave him the medals.  I was so surprised because in this neck of the woods being recognized for using the language is kinda rare and I felt emotion inside.  I hope he sticks with it and learns more.  My Mother would have been proud!  I learned from her and now my grandson is using the words she taught me.